The Difference Between VR and AR 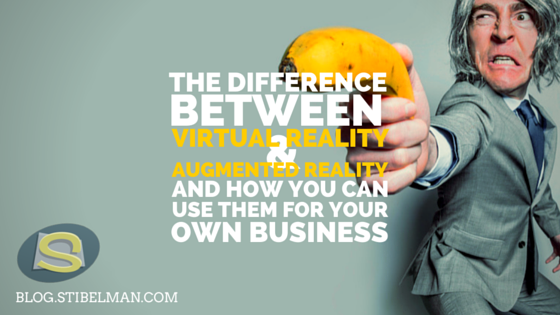 The Difference Between VR and AR. When deciding between VR and AR, it is important to understand the differences between the two technologies. In a nutshell, VR is a fully immersive experience that lets you control the real world, while AR allows you to add virtual elements to your existing reality. Although both technologies have their advantages, AR is not nearly as common as VR. In this article, we’ll take a closer look at the differences between the two technologies.

While VR and AR are both emerging technologies that can transform the way people communicate, there are significant differences between the two. Both technologies use 3D content, and they both aim to provide a sense of presence. The primary differences between AR and VR are the type of content available and the amount of cloud storage required. However, the similarities between these technologies do not end there. The potential for VR to be more widely used is still great, and AR offers a more flexible application space and more freedom for users.

Augmented reality (AR) is a new technology that blends the physical world with digital elements. It uses advanced computer graphics to overlay digital content onto a real-world environment. AR can be used for training, diversity, and inclusion, and sales training. It can also be used for technical training. It has been applied to military training, simulations of aircraft and machinery, and other fields. AR is a growing trend in training and education.

The interactive capability of AR is still very young, but it is already showing great promise in commercial applications. One example of a product that can take advantage of AR technology is a smart TV. A user can point a smartphone or tablet at the device to view a digital interface. In the future, these interactive experiences will be possible for all kinds of smart products.

AR isn’t as immersive as VR

AR is not as immersive as VR, but it is a close second. Unlike VR, AR uses your existing tech like camera and phone to enhance your real-world experience. Virtual reality, on the other hand, involves headsets and controllers to create a completely virtual experience. In the end, it’s up to you to decide whether you’d rather be immersed in the virtual world or live it in the real world.

While basic AR can be used with a 3DOF camera, most applications require 6DOF to track the user’s position. HoloLens has a stereoscopic camera for this and more advanced smartphones use multiple rear-facing cameras. Virtual reality is becoming a hugely popular medium for advertising, and it has become a fun way to interact with friends and family. While AR doesn’t offer the same immersion as VR, it is a worthy substitute for a virtual reality experience.

AR isn’t as common as VR

While VR and AR are gaining popularity, their adoption rates are far behind each other. Publishers have declined their adoption of AR by five percent since 2017. Researchers at Digiday surveyed a group of publishers in 2017 and 2022 and found that their lukewarm attitude toward AR was due to a lack of utility. Publishers were unsure of whether the AR could tell stories better than existing technology. That question still haunts them today.

Moreover, only 36% of publishers are currently using VR and AR for their business. In the long run, they must make their products and services more accessible and affordable. And the potential revenue from AR and VR may move mountains.